This Episode is all about one simple thing you can do every day that will make you enjoy life more. Not only that.. this one skill will make you smarter, leaner and way more popular with everyone around you.

Listen to my podcast episode on Why you MUST Get out There!

If you like being your greatest version of yourself, you gotta do this:)

Also get a heads up to your next guest on Burn Brighter Podcast – it’s pretty exciting!!  Took me months to get him

END_OF_DOCUMENT_TOKEN_TO_BE_REPLACED

Oh man, how I love my morning coffee.  It’s a ritual that brings me comfort as I step into my day.

Is it actually doing my body good?  Turns out coffee can totally boost OR wreck your health. It all depends on how you take it

Once I learned this it helped me keep this friend in my life. What a relief! Coffee’s been like a trusted friend

It’s gotten me through road trips, late night study sessions and helped me make some of my best friends. I feel like my generation was groomed to love coffee (late 90’s high school grads)

I mean, who doesn’t remember the show Friends and watching the gang at their home base, Central Perk 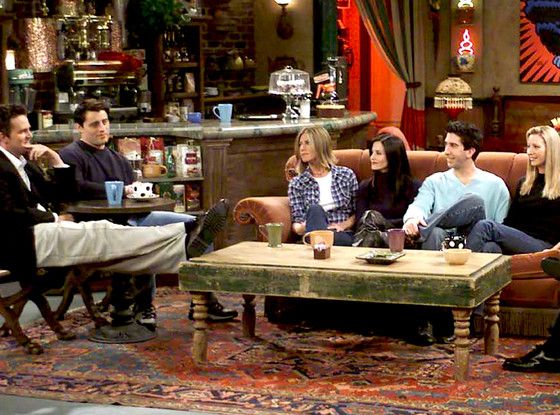 I must admit I never missed an episode of with Ross, Monica, Rachel, Chandler, Phoebe and Joey gripping giant mugs on that worn out couch.

Basically coffee is a ritual, a trustworthy friend I can count on… OR Can I?!

It’s a common question and often misunderstood topis- Coffee. It is good or bad for us?

That’s exactly why I created this podcast episode.  Listen up and learn how to keep your next cup from turning on you!

Check it out! Press Play Above or CLICK HERE to hear it on iTunes

Many people think running is something all of us should do and enjoy it. Blech! I have to tell you, running is overrated.

And I ran varsity cross country and track in high school!

Now, I do totally understand that running is a great way to get some fresh air and makes it easy to get in some needed cardio.

But, if you simply can’t (injured, bad weather, dangerous routes) or if your body truly hates running.. whattya do?

I don’t know about you, but I’ve run into (pun intended) all the above issues before.

As a previous runner and certified personal trainer I am thrilled to give you some great news!

I hope you got super excited after reading that:)

Why is it so hard to KEEP fat off and STAY lean?

I actually built my entire career around this topic. Seriously

Rather than talk about myself and my journey to discover this amazing formula that Gets crazy awesome fat loss results.

END_OF_DOCUMENT_TOKEN_TO_BE_REPLACED

What you do when S*** hits the fan, and you’re end up eating crappy and feeling gross while you deal with it.

So last week as I sat down in front of my laptop for a health coaching call (skype) .

I took a deep breath once her camera turned on.

She was a hot mess.  Literally.

Bloated face, puffy eyes, messy hair and sporting some super unflattering giant sweater. Some s***  had obviously hit the fan for her.

She confessed she’d fallen off the wagon. For the last week she hadn’t gotten in any workouts and had been eating whatever she could  reach for.

Her basement flooded, she was under the gun at work and then her  8 year old son broke his arm at school last week.

She did what any good human would do.. begged for mercy from her boss for an extension, called a plumber and rushed to the school.

But this didn’t just affect one day– it knocked her back for a good week with doctors visits, repair visits and calls for the house and then of course she fell behind at work and just couldn’t seem to focus to get her project done well.

We’ve all been there!  Crappy thing is, sometimes this can happen A LOT- like at least a couple times a month for many people.

This had in fact been the case for Jessie at least once a month.  She had amazing intentions, , but could never stay on track due to the S*** that keeps hitting her fan of life!

Sometimes this just happens.. no matter how much you meditate, go to yoga, get in the workouts and make time for others.

Rather than giving her a pass for falling off the wagon, I told her we would come up with a rock solid plan so the next time her house fell apart, someone had to go to the hospital and she had to put in long hours at work.. she could not feel like a sad lard ass from all the stress, shoddy sleep and ordering pizza (just to get something on the table for dinner)

Here’s our awesome “This day sucks! Keep me from feeling like a lard ass on top of it all”  Plan

END_OF_DOCUMENT_TOKEN_TO_BE_REPLACED

Yes! you can enjoy pizza AND stay lean and healthy.

I’ve got your back, with great go-to’s. No matter if you’re in the mood to settle into your couch with some Netflix, throw a party OR head out on the town, you’ll know exactly how to enjoy the dinner pie with these set ups

END_OF_DOCUMENT_TOKEN_TO_BE_REPLACED

If you’re into stories about how people walk away from crazy success to improve their health and happiness.. and end up freakin’ nailing it, then you’ll love this episode with JL Chiemingo

Check out how this award winning news producer walked away from it to completely transform her life and inspire others to do the same.

END_OF_DOCUMENT_TOKEN_TO_BE_REPLACED

I love making it easy to be healthy and actually enjoy food.

So here’s the thing.  Tons of people love sandwiches.

But Sandwiches are really just a bunch of awesome stuff smashed together, with some filler on the top and bottom.

The good stuff is in the middle!  It’s the bread that’s a waste or your time and energy. It literally makes you more tired and you have to chew longer.. so my statement is totally true.

Now if you love sandwiches and I’m bumming you out, don’t worry!  All ya gotta do is take everything you love between those two slices and put it in a bowl with some greens.

Uh, yeah .. I just tricked you into eating a salad:)

But this is one way to keep your healthy meals exciting!!

Step 1.  Think of your favorite Sandwich

Step 2.  Take out the bread and put everything else in a bowl (leave out the mayo/dressing)

Step 4. Add one of my 4 TOP Dressing PICKS

Since a sandwich salad sucks without some sort of moisture element – mayo, mustard etc..  here some amazing dressings I love, guaranteed to make any salad exciting and keep you lean!

I’ve got two easy homemade and two store bought for you.

END_OF_DOCUMENT_TOKEN_TO_BE_REPLACED

We all could use a little boost, right?   Something to help us feel excited about life.

Since it’s hard to simply “be positive”  and ” feel great” I love plugging into great people in the world that get me there.  I’m a huge fan of inspirational podcasts and books, heck even TV shows that keep my head up.

Lately I’ve been enjoying Friday Night Lights. It’s been around for awhile, but If you haven’t seen it- I highly recommend you do some Netflix Binging on that one:)

The head football coach even has a great mantra for the team “Clear eyes, full hearts”  How great is that!!

Anyhow, I know we all need some fresh ideas on keeping our inner Eeyore at bay, so I thought I’d share how I stay Inspired daily, as well as some great resources for you!

This is a great preview to my next guest.  I’m so excited to bring her to you!  You will fo’sure find her story inspirational and she’ll definitely kick Eeyore to the curb for you.


On iTunes as well!   CLICK HERE to check out past great episodes

So, I’m about to head downtown (Spokane) for the Women’s March. While I made plans with friends to who up at the march, I also really wanted to opt out today.

It’s been a long week and getting in some veg out time at home was sounding much better.

But then I had dinner with my 13 year old nephew last night and something he said made me realize just how important today is.