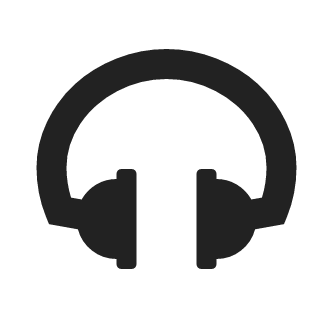 This is by far my MOST game changing podcast episode I’ve ever listened to.  If you’re into doing better in daily life and if you’re a human being ..you need to hear this episode. 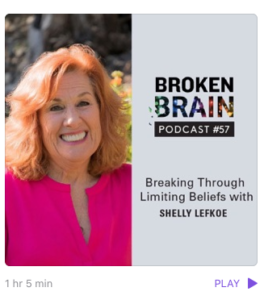 All I know is I’ve been practicing their steps and I’m screwing myself over way less. I’m moving forward in life on a lot of levels and daily life is Waaay easier lately- on every level.

THIS podcast episode  literally stopped me in my tracks. I pulled over the first time I heard it – And I’ve listened to it 3 times now.

THIS EPISODE will get you to see how you’ve been liming yourself + Hand you tools to finally free yourself, immediately!

Basically they make it easy to change your hard to change behaviors.  You know the daily stuff that is totally making you screw yourself over 🙂 Their goal is to help each human feel free. Freedom that comes when we STOP our limiting beliefs.

Shelly Lefkoe – is on a mission (with the LEFKOE INSTITUTE) to guide people to their own freedom.

CLICK HERE to LISTEN to  on the BROKEN BRAIN Podcast with host, Duro Purohit

Here’s a quick summary to  entice you:

We screw ourselves up in life when we assign meaning to situations and when we stay in  old beliefs. Sally explains, in a super simple way how our beliefs and the meaning we put on things can totally keep us stuck and suffering in life .

Humans are meaning making machines, it’s what we innately do. It’s also something we do that fucks a lot of stuff up. Once we assign meaning – we have changed a simple situation into something bigger than it is- AND often much worse than it actually is. We assign drama to something

That is because our individual meaning come from our own BELIEFS

2. Beliefs ARE NOT TRUTHS!  – Shelly explains

The meaning we put on situations ALL comes from our own beliefs.  Beliefs are simply something we (each) SAW in our early years ( most often from our caregivers)  that was formed into a belief… something we sincerely hold to be true.

No parent is perfect and mine definitely showed me some weird stuff that I formed into some super LIMITING beliefs.

These 2 simple tips from Lefkoe –

1. DISSOLVE meaning you assign to situations